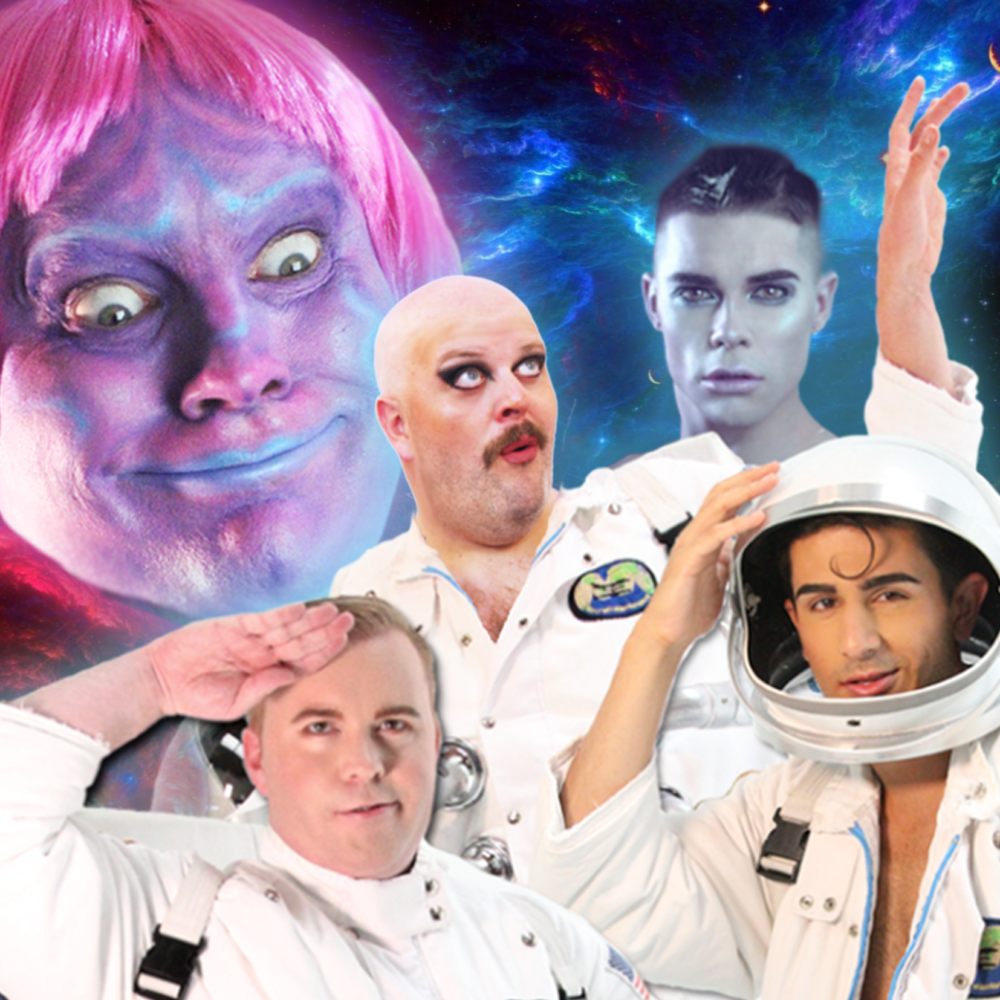 THE CAMPEST MUSICAL COMEDY THIS SIDE OF URANUS IS BACK!

Three hapless homosexuals – Gnoagh, Dayj and Brahim – have been selected for humanity’s next great mission – probing Uranus. What these cosmonauts lack in competence they more than make up for with their winning personalities.

With the help of their emotionless SexBot (named SexBot), these crew dodge asteroids, initiate intimate encounters with aliens, suffer cabin fever worse than disco fever and still come out singing (and dancing)!
Gays in Space sold out in 2018 and is only playing for three performances in Auckland Pride 2021, so book quickly to catch this ridiculously camp comedy about friendships, hardships and deep space.